The Impact of Cuts on Public Health

Public Health teams promote healthy lifestyles and prevent people from ill health, not just through medicine but also through wider factors that have an impact on health. The responsibilities of Public Health teams range from sexual health promotion to smoking cessation and interventions can include anything from non-smoking poster to promoting playing football in the local park. But recent budgetary restrictions have posed a real threat to this work. 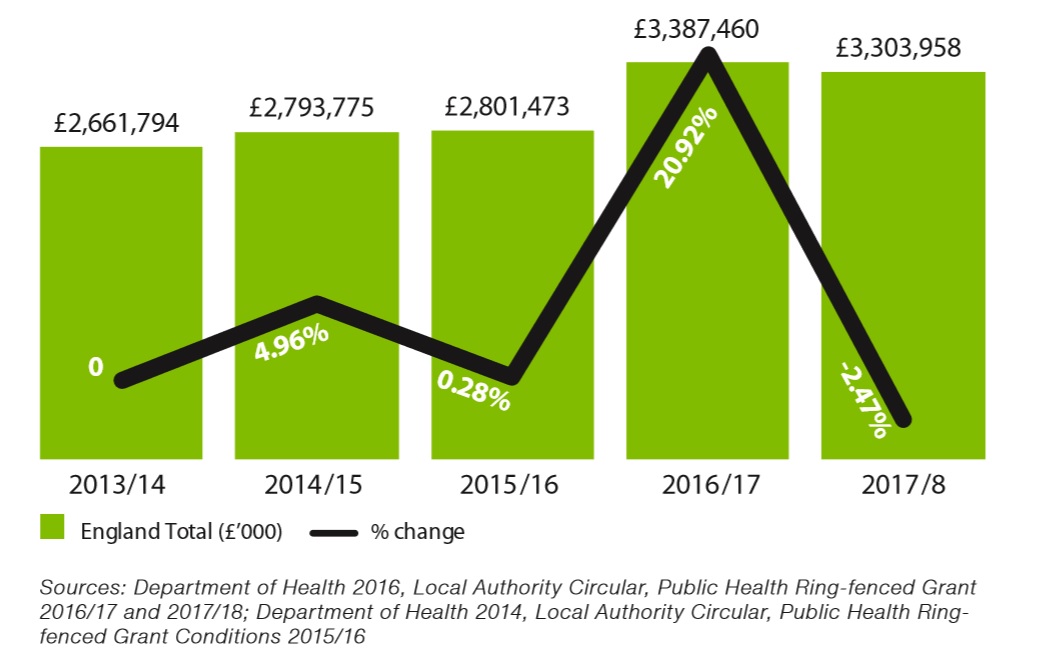 NLGN’s recent report Reaching Out: Influencing the Wider Determinants of Health explores how public health teams are coping with the financial constraints. The increasing pressure on services and resources due to both cuts and rises in demand pose a particular challenge. Public health teams are trying to maximise their resources to best effect but inevitably have to focus on short-term demand reduction rather than long-term prevention, which goes against the grain of what public health is trying to achieve.

Public health teams are increasingly looking to address what is termed the ‘wider determinants’ of health. Given these wider priorities, some councils are changing the way they spend the public health grant in order to make the money go further. Our research reveals an encouraging trend: 62 per cent of respondents reported that Public Health Grants have been used to commission new services to address the wider determinants of health in their councils since 2013.

Another strategy that councils are adopting is joint working by finding ways to address cross-cutting objectives to deliver public health in a more cost-effective way. Libraries Unlimited in Devon provides just one example of this joint working, where close relationships between the council, the Clinical Commissioning Group and Libraries Unlimited have enabled the pioneering of a Reading Well scheme, through which local GPs can prescribe condition-specific literature to residents.

Our research found many local authorities exploring innovative ways to cope and adapt with increasing pressure on services and continuing cuts on funding. However, even with their maximum efforts to pursue commercialisation or joint working, the additional revenue generated by councils through these methods and strategies will unlikely come close to covering the reductions in grants.

This gap in funding creates enormous uncertainty in local government and forms a barrier to improving public health. Further, the financial constraint is detrimental to the aim of better integrating health and social care services with other activities which influence health, such as housing. Improvement in public health requires a long-term perspective, so it is critical that central government provides clarity and certainty on long-term funding to support essential preventative work.

What will digital mean for Public Health England in 2018?

GDPR – the 5 things you need to know

Pawda is a senior researcher at the think tank New Local Government Network (NLGN). Her background is in architecture, having trained and practiced in the U.S. before moving to England. Pawda holds an M.Phil. and Ph.D. in Architecture and Urban Studies from the University of Cambridge. Previously, she worked at Publica, a masterplanning consultancy based in Clerkenwell. View all posts by Pawda Tjoa

Where to find us

The next CivTech Forum meet up will be in October. Look out for our next newsletter with more details.

Registration will be via Eventbrite. Email rachael@theraingods.com for more information.